You know those artworks you always read about but are somewhat convinced you’ll never actually see in person, or in other words, to remix The Bard, that art that dreams are made of? For me two of those bucket list pieces are any colour of Andy Warhol‘s ‘Race Riot‘ and ‘Car Crash’ screenprints. Both works, as part of his series originally themed ‘Death in America,’ and now known as the ‘Death and Disaster’ paintings, are quite a bit more disturbing than the Marilyns, Liz Taylors, flowers and soup cans many of us have come to associate with the Pop Artist. The former depicts infamous police violence being inflicted on civil rights protestors in Birmingham, Alabama and the latter, a fateful car crash brought on by a Chicago car chase, in which the victim being pursued by police lost control of his car and died. (Fun fact, Silver Car Crash, the artist’s silver print of this series, holds the record for Warhol’s highest price at Auction, $105,000,000.)

Anyway, as I boarded my flight to Vienna last Wednesday for a two-day, post-birthday trip courtesy of my lovely boyfriend, in no reality was I expecting to see not one, but both of these great works during my visit. But then again, at the time, I didn’t yet know about ‘Ludwig Goes Pop.‘

This incredible retrospective at Vienna’s mumok showcases the entire Pop Art collection of German industrialists/collectors, Peter and Irene Ludwig, which is normally split across six different museums and is the largest Pop Art collection outside the US. Picture four enormous floors and about 100 truthfully iconic works from Roy Lichtenstein, Robert Indiana, Jim Dine, Duane Hanson, Robert Rauschenberg, Jasper Johns, and of course Warhol, among countless others.

Original Warhol ‘White Brillo Boxes‘ (1964) greeted me at the entrance to the exhibition and from then on, to say I was in heaven, would be an understatement. Each piece I came upon felt like it would be the highlight of the show for me, but instead there was always something else even more thrilling around the next corner.

Of course, ‘Red Race Riot‘ and ‘Orange Car Crash,‘ with their deeply political themes, were particular favourites for me, although I’d be lying if I didn’t say that Warhol’s portraits of my forever man-crush, Mick Jagger, weren’t up there as well, along with Lichtenstein’s ‘Hopeless‘ (1963) complete with those big, brilliant tear drops he does so well. 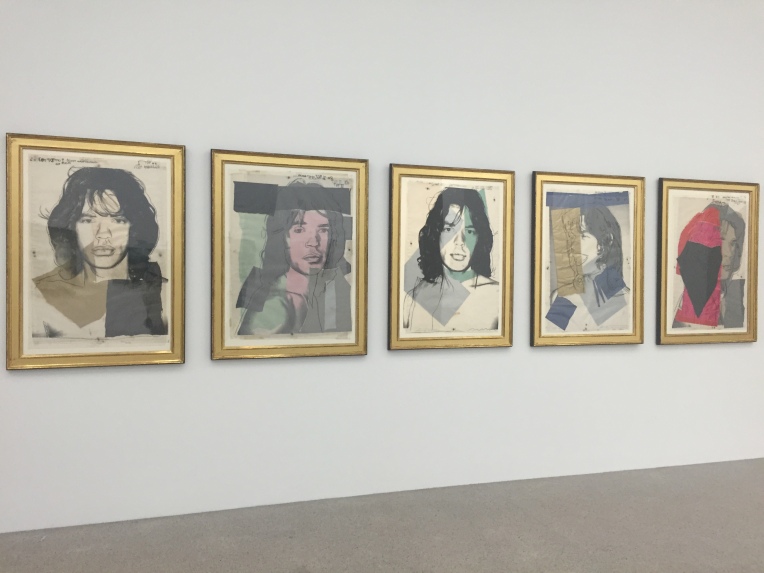 But I think it was JFK’s faces and pointing fingers in Rauschenberg’s ‘Axle‘ (1964) that had the most profound effect on me. As I admired the work, I realised that Pop Art is really as much about the loss of innocence in America as it is about our obsession with consumer culture and the celebrity. More than just giving us an at-the-time novel feast for the eyes, these artists had something truly important to say about who we had been and who we were, their artwork at times eerily foreshadowing who we were to become.

As my new saying goes, ain’t no party like a pop art party so if you’re in Vienna between now and 13 September, do yourself a favour and make this your first stop.