“Our deeds still travel with us from afar/And what we have been makes us what we are.” – George Eliot, Middlemarch

18 November saw the opening of Firstsite’s latest exhibition, The Life of Julie Cope by Turner Prize-winning artist Grayson Perry. The show features four large-scale tapestries, woodcuts and ceramic works among other work related to Perry’s A House for Essex (2015) – all playing on the theme of local identity.

The protagonist of this show, Julie Cope, lives out her days on a trail from Canvey Island through to Colchester high street where an unfortunate collision with a delivery drive on a moped cuts her life short. The tapestries, on loan from the Crafts Council Collection, are strewn with Perry’s usual subtleties, all pointing at the common theme of identity and social history in Essex. As Perry himself has said of the work, it represents ‘the trials, tribulations, celebration and mistakes of an average life’. Cope’s journey across Essex is both physical and emotional, echoing George Eliot’s sentiment of where we have been making us who we are today.

A House for Essex lies in Wrabness, overlooking the Stour Estuary in north-east Essex. Perry designed the house in 2015 in collaboration with Charles Holland of FAT Architeture. It has been described by Holland as a ‘radical statement about the capacity of architecture for narrative and communication to tell a rich and complex story.’ Acting as a ‘shrine’ to fictional character Julie Cope, the building is described as an ‘ornate ceramic-clad, gingerbread-like edifice’. It is chapel-like, stunningly secular and notably ‘Perry’ in its bright colours and patterns that contrast so heavily with the drab Essex countryside. It was commissioned by Living Architecture, which was founded to change public perceptions about modern architecture.

The meticulous design of the house includes everything from the patented ‘Julie tile’ that depicts totems of Julie’s life: a nappy pin, a mixtape and the letter J. Woodcuts from the project that depict 6 stages of Julie’s life will also appear in the show, alongside an audio recording of The Ballad of Julie Cope: Perry’s penned epic that both opens and closes Julie’s life.

This exhibition entwines narrative with local culture, hopes with dream and love with loss. Perry’s usual dry observations of contemporary British culture align themselves with the quietness of life, providing a new sentimental angle to his work about his home county.

The Life of Julie Cope runs from 18 November 2017 until 18 February. For more details, visit www.firstsite.uk

This Sunday 5th November marks the opening of Duton’s third edition of their Appreciation of China exhibition to take place at the Grosvenor House Hotel until 8th November.

Entitled The Exhibition of Chinese Legacy, the presentation will feature a rare array of ceramic and sculptural masterpieces that have received praise from Chinese and international museums alike. The collections range from painted potteries from the Neolithic period and the Northern Qi Dynasty to Tang Dynasty horses, camels and auspicious beasts.

This key event launching Asian Art in London reflects Duton’s essential role as a platform for authentic and exquisite Chinese art and culture. A rare glimpse into the origin of Chinese art, each artwork on view is certified by Oxford Authentication, with many dating as far back as the old Tang and Song dynasties. The hero piece of the exhibition is a monolithic pair of painted horses, each 90 centimeters in height, the likes of which would be extraordinary to find even in the most prestigious of  institutional collections.

As the first Asian art company to arrive in Europe, Duton’s (est. 1999) is the first and premier Chinese auction house in the UK. Their Chairman, Mr. Du, a leading voice for Chinese art and antiquities, was vastly ahead of his contemporaries with his vision to bridge the longstanding cultural histories of China and Britain.

Against the contemporary backdrop of Asian Art in London, a key event in the British social diary, Duton’s will invigorate these important art objects with renewed cultural relevance. Unique to the location, Grosvenor House Hotel hosted the first ever exhibition of Chinese art in London in 1935. The event is a trusted partner of the Cultural Office of the Chinese Embassy, and will be attended by high profile members of British and Chinese society. Integrating Chinese art into the greater international art community is at the heart of Duton’s mission. 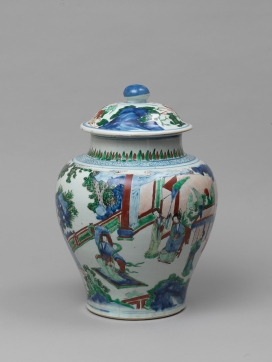 Bethlem Gallery is celebrating its 20th anniversary with a new group exhibition entitled It’s how well you bounce, which explores resilience and its relationship to the imagination and artistic practice. The gallery is an art focused platform for former and current patients of the historic Royal Bethlem Hospital in Bromley, supporting artists with lived experience of mental illness to involve themselves in the positive direction of art making. ArtAttack chats with Bethlem Gallery’s curator Sam Curtis about the show’s themes, the gallery’s milestone anniversary and what the future holds.

How does the theme of resilience manifest itself in the works in the exhibition?

The theme of resilience manifests itself in the works in the exhibition in diverse ways, we see the works of artists who draw on the imagination as a positive and strategic response to life pressures, works that are born out of the artist’s ability to adapt and survive to new and often challenging circumstances, artists that resist or document resistance to social and political pressures, artists that reroute negative thoughts into something more positive through their art making, artists that map, shape and transform their identity through art making and therapy and importantly we can encounter artworks and projects that critique the notion of resilience that says we need to ‘man or woman-up’ and bounce back from adversity . It’s how well you bounce includes artworks that explore a specific aspect of resilience as well as artworks that come from artistic practice that is itself a form of resilience.

END_OF_DOCUMENT_TOKEN_TO_BE_REPLACED

It’s that time of year again! The annual Vauxhall Art Car Boot Fair is back, this time in its namesake of Vauxhall on SUNDAY, 9 JULY 2017 from 12 – 6pm.

This year’s brand-new theme, ‘The Original,’ promises to be a prime opportunity to snap up one-of-a-kind original as well as limited edition artworks all for a fraction of their usual prices. The one-day festival will take place in the streets of Vauxhall’s vibrant new gallery district with the support of Newport Street Gallery and U+I Plc, and will present an eclectic line-up of over one hundred artists who will be selling exclusive pieces from the boots of both new and vintage Vauxhall cars.

END_OF_DOCUMENT_TOKEN_TO_BE_REPLACED

The HIX Award is back this year and more exciting than ever with a £10,000 cash prize to be awarded to the overall winner thanks to new sponsors Coutts and Baxterstory! The award itself is even designed by art world legend Damien Hirst so artists, we’d suggest you get submitting as soon as possible!

The annual emerging art award, which is open to current students and recent graduates of UK art colleges alike, was created five years ago by restaurateur and art aficionado, Mark Hix, to give young artists a platform to showcase their work and take their first steps in their professional careers.

END_OF_DOCUMENT_TOKEN_TO_BE_REPLACED

From 20th May, the De La Warr Pavilion will present Safari: An exhibition as expedition, an anthology of works by the British artist, Simon Patterson.

Interspersed throughout the gallery space and hence taking the viewers on their own mini safari, the works on view will span a quarter century of Patterson’s career and feature wall drawings, sculpture, prints, photographs video and installation, as well as a public intervention, a site-specific commission and on opening day, a staged sea battle in collaboration with Bexhill Sailing Club!

END_OF_DOCUMENT_TOKEN_TO_BE_REPLACED

We at ArtAttack stumbled upon Tarek’s artwork last year and have been great admirers of his painting practice ever since. His painterly use of space is quite extraordinary, filling the canvas with symbols and figures that tell stories of our world within the greater context of mythology. Each tiny element he chooses to include says something powerful. No iconography is wasted.

The artist’s main practice is history painting as he explores historical and mythological subject matter juxtaposing it with the harsh realities contemporary Western society. Within each of the epic paintings he presents the viewer with poignant psychological insight into his  own  life  and  heritage;  Al-­shammaa  is  half  French  and  half  Iraqi, and  so  has  found  himself  straddling two oft-­opposing cultures throughout his life.

Recurring  themes  across  the  young  artist’s  paintings  include  consumerism,  war, love,  lust  and  political  oppression,  as  well  as  the  opposition  and  even  conflict  of Western  and  non-­Western  culture  and  ideals.  In  the  body  of  work on view,  Al­shammaa  depicts  everything  from  iconic  myths like that of the Tower of Babel to mythical iconography such as Mother Earth, all within a present-day context.

ArtAttack contributor, Franzi Gabbert, had the chance to interview Al-shammaa in regards to his upcoming exhibition as well as his general practice.

END_OF_DOCUMENT_TOKEN_TO_BE_REPLACED

Self-taught artist, Paul Benney, will make his Venice Art Biennale debut from 13th May with his monumental installation, Speaking in Tongues.

The 12ft by 8ft painting on show at the 14th century San Gallo Church, just north of St Mark’s Square is the centrepiece of an installation that includes sound and other smaller works in oil by the artist. Curated by James Putnam and Flora Fairbairn, this is the first time Speaking in Tongues has been shown outside of the UK.

The work itself is secular but draws on the New Testament story of the Pentecost in which the twelve apostles encounter the Holy Spirit and then begin ‘speaking in tongues’. Modifying and updating this familiar interlude, Benney has painted twelve artistic contemporaries of various ethnicities and religious backgrounds, with the aim of capturing a collective state of spiritual awakening.

Playing with the idea of narrative painting, Benney introduced a sound element to the work, inviting each of the subjects to record themselves sharing transformative moments in their lives. These are relayed through holosonic speakers placed around the church. At first the viewer hears hushed murmuring, however, when they stand in a precise spot they hear individual voices, an effect achieved via sound-focusing technology that isolates the viewer from their own reality and the outside world. Then come the subject’s revelations. These are poignant and sometimes shocking – one man tells of how he accidentally shot dead his best friend; another reveals the joy of becoming a father – and, in the context of a religious setting they create the experience of receiving a confession.

END_OF_DOCUMENT_TOKEN_TO_BE_REPLACED

11 Most Famous Fakes in Art History

A Brief History Of Watercolor

What is Flemish Art?