Self-taught artist, Paul Benney, will make his Venice Art Biennale debut from 13th May with his monumental installation, Speaking in Tongues.

The 12ft by 8ft painting on show at the 14th century San Gallo Church, just north of St Mark’s Square is the centrepiece of an installation that includes sound and other smaller works in oil by the artist. Curated by James Putnam and Flora Fairbairn, this is the first time Speaking in Tongues has been shown outside of the UK.

The work itself is secular but draws on the New Testament story of the Pentecost in which the twelve apostles encounter the Holy Spirit and then begin ‘speaking in tongues’. Modifying and updating this familiar interlude, Benney has painted twelve artistic contemporaries of various ethnicities and religious backgrounds, with the aim of capturing a collective state of spiritual awakening.

Playing with the idea of narrative painting, Benney introduced a sound element to the work, inviting each of the subjects to record themselves sharing transformative moments in their lives. These are relayed through holosonic speakers placed around the church. At first the viewer hears hushed murmuring, however, when they stand in a precise spot they hear individual voices, an effect achieved via sound-focusing technology that isolates the viewer from their own reality and the outside world. Then come the subject’s revelations. These are poignant and sometimes shocking – one man tells of how he accidentally shot dead his best friend; another reveals the joy of becoming a father – and, in the context of a religious setting they create the experience of receiving a confession.

During his tenure at the Biennale, Benney will also be showing a selection of new work at the historical Hotel Metropole from 11 May until 2 July. In the main dinning hall of the hotel’s Met Restaurant, the largest painting to be shown, entitled ‘The Cardinals’ depicts a central figure suspended in space, a reference to the artist’s investigation into the mysterious multiple levels of diverse states of existence.

ArtAttack had the pleasure of speaking with Benney about his upcoming exhibition and the story behind this monumental work.

ArtAttack: What drew you to the story of the Pentecost as inspiration for this work?

Paul Benney: The initial inspiration comes from my life long interest in the visual manifestation of the human spirit. The Pentecost story is one of many that can be found in sacred texts across all the major religions that deal with light or fire representing a spiritual transmogrification.

AA: How did you choose which of your contemporaries to represent in the work?

PB: The subjects of the work are all friends and contemporaries.

PB: It’s a difficult question to answer as it’s both the physical time taken (about 6 months) and the gestation period prior to starting that was several years.

AA: This is the first time Speaking in Tongues has been exhibited outside of the UK. What are you most look forward to in terms of this new location?

AA: What was the inspiration for including sound in this work?

PB: The sound installation comes directly from the need to experiment with cross disciplinary practices. I see this as a synergy rather than an addendum. 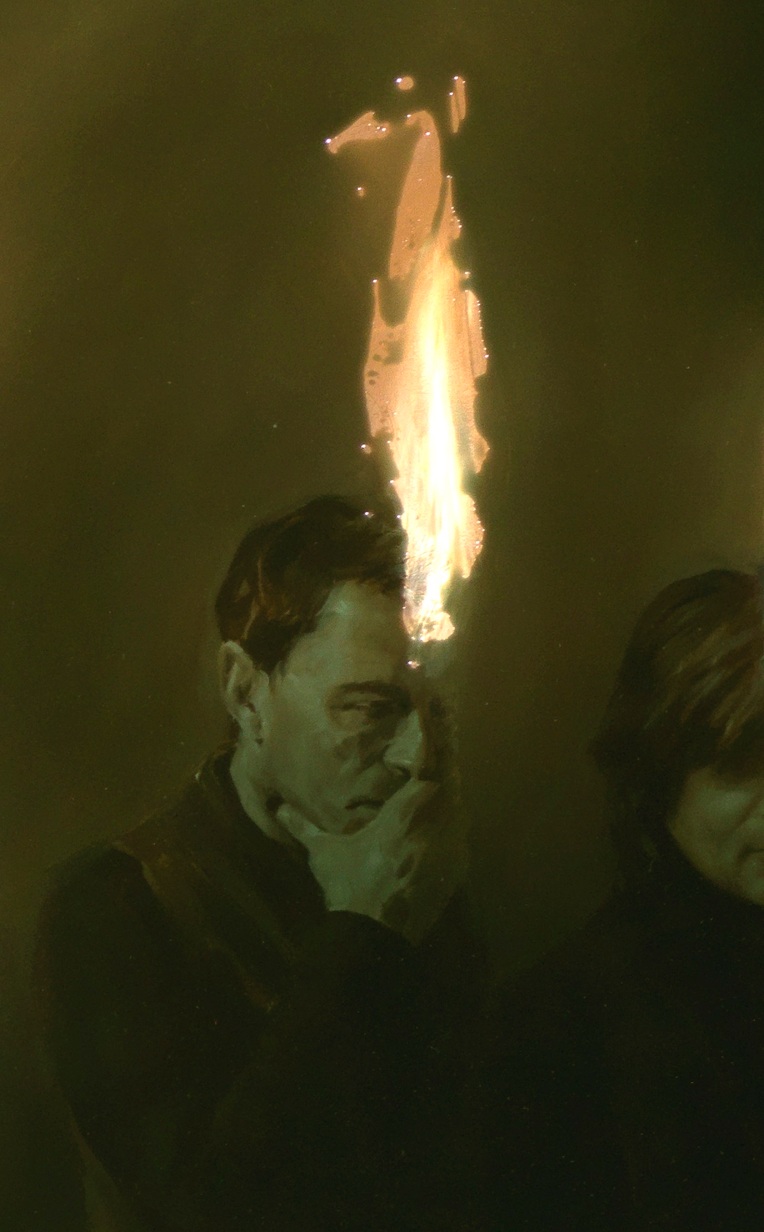 11 Most Famous Fakes in Art History

A Brief History Of Watercolor

What is Flemish Art?